“It’s like dreaming with your eyes open” – VR Developer

We are rapidly entering a time where space – the distance between people – will have little relevance. Even at this moment, distance is verging on extraneous. A news story breaks in Tokyo and seconds later a goat herder on the Serengeti in Africa can view it on his mobile device. The speed of communication and information dissemination is bridging communication gaps that existed for eternity. The next evolution will allow people to interact with others unlike ever before. Virtual Reality (VR) is this emerging technology ushering us into this new realm. We will delve into VR momentarily, but first we need to understand its underpinnings of why now.

How did we get here?

We are experiencing an era of exponential growth in several key technological spheres. I call this the Trinity of Forces: processing speed, memory, and AI. The first force states that computer processing speeds are growing exponentially. Known as Moore’s Law, the concept is that computer chip speed doubles every 12-18 months. This is significant. Think of it this way, the $1,000 computer you purchased in 2001 had the processing power of a gnat’s brain. In 2010, that new $1,000 computer processed as fast as a mouse brain. In 2024 it will process as fast as the human brain. Roughly by 2040 that $1,000 computer you buy from Amazon.com will process as fast as the collective brains of all of humankind. This is exponential growth of processing power.

The second of the trinity is the exponential growth of memory. Cloud computing has become cheaper and more easily accessible than ever before. In fact, we are at a point where infinite memory will almost be free. Viewing the graphic you can gauge the direction we are headed. In 1956 a memory device the size of a closet had 5MB and cost $120,000. Fast forward to 2005 and 128 MB totaled $99, but then in 2014 we were able to jump to 128 GB priced at $99. This is exponential growth of memory.

The third force of the trinity is Artificial Intelligence (AI), that is, the creation of code-based algorithms which are adaptive and able to evolve rapidly (i.e. computers teaching themselves to learn).

When weaving these three elements together you have a platform for technology to thrive in an explosive fashion.

The Year of VR

VR is a slice of sci-fi we have been anticipating for decades. Incubating in a state of inertia, it has been waiting to leverage the Trinity of Forces to rise. Widely discussed, 2016 is the year of VR. Virtual Reality in all of its forms is reliant on technology becoming faster, smaller, and more adaptive, which is happening all around us right now and is pivotal to understanding the business evolution for VR.

The Nomenclature of VR

Virtual Reality Emerging All Around Us

The aforementioned advancements in tech are leading us directly to the virtual door of VR for the enterprise. The investment in this space is moving forward faster than ever. In fact, according to Digi-Capital, who tracks this space, “almost $1.2 billion was invested in the first quarter of this year alone, with around $800 million going into Magic Leap. To put this in perspective, $1.2 billion dollars is 25x the level of AR/VR investment 2 years ago in Q2 2014.” 2 Initially, many of the dollars are being spent on building out platforms. In addition, the gaming sector is certainly ahead of the curve on investment. Microsoft built the HaloLens which is one of the best examples of Mixed Reality in the market. HaloLens helps with a mundane task where we all might find ourselves needing assistance. For example, a pipe under the kitchen sink is cracked and needs to be replaced. Donning the HaloLens, you open the cabinet door to see the ailing pipe next to your disposal. The HaloLens kicks in and layers graphics on top of the real pipe with arrows and directions for how to dismantle the pipes with the proper plumber’s wrench. The Lens helps you through each step, offering guidance on how to fix the broken pipe. This technology can be envisioned in a myriad of ways to help in the enterprise.

There are several companies that have received the largest investments in this space. Most notably is Oculus ($2 billion) who has partnered up with Facebook to introduce VR to the masses. There is little question Mark Zuckerberg predicts his company will be virtual reality based. Have you seen 360 degree pictures or videos on Facebook recently?

A little known company Magic Leap ($4.5 billion) is the best funded. This quiet startup based out of sandy Ft. Lauderdale is making major waves in the industry. Remaining under radar, they coined the term Mixed Reality (MR). Checkout the video which shows what their lenses could do in the near future: (VIDEO). Aside from these companies, other names of note include Blippar ($1.5 billion) and Mindmaze ($1 billion).3

The enterprise is probably five years from adoption of VR or honestly, MR. One of the first uses will undoubtedly be connecting people from around the world in one location. Imagine your team of four people needing to meet to discuss a project, Donna in London, Isabelle in Jakarta, Atif in Pakistan, and Neal in South Africa. Currently you could conduct a conference call, WebEx, GoToMeeting, or the best option, a Cisco Telepresence meeting. Soon you will be able to connect to all four people using a set of spectacles. Choose your location for the meeting, the surface of the moon, Amazon rainforest, or sitting on a coral reef. Using glasses you can see each person, as if they were with you. Read their gestures, hear the intonations and feel tactile feedback with devices held in your hands while experiencing what it feels like to be in the Amazon.

Another impact on the enterprise will be the eventual disappearance of computer screens, monitors and even mobile phones as we use them now. Instead the lenses we wear will display all of the information for our eyes to read and interpret. Picture sitting at a desk with a large wall near you. Your lenses project multiple screens into your eyes which you interpret as on the walls, email, a video chat, your kids photos on one side, and perhaps a document you are writing. MR allows for people to interact with their tangible physical environment, adding a layer of realistic information on top. One day soon you will not be able to tell the difference between reality and VR/AR/MR with the advances in vision displays and tactile sensors. Google is another company in this space. It recently patented contact lenses with the ability to take pictures of the user’s field of vision.

The key to this evolution in for businesses is shrinking technology. Currently the stigma of wearing a large boxy contraption over the eyes is not palatable for work. That said, as we inch closer to VR, one of the reasons 2016 has become the year of VR is due to better screens on mobile devices (true HD video), which can be slid into a headset to interpret. Quite simply the headsets we see on the market now, like the Samsung Gear VR by Oculus, have two magnifying glasses an inch from your phone, powered by software that splits your screen into two related, but slightly different perspectives of what you are seeing. Combine that with the internal accelerometer and gyroscope that all phones have currently and the device knows when you are moving your head so that the screen can react to the motion. You feel like you are seeing something first hand.

Amazing times are ahead with VR/AR/MR. The enterprise will be forever altered by this form of information delivery. As an aside, I would encourage you to dip your toe into this space if you have not already done so. For $2.85 Google Cardboard is a device which allows you to turn your iPhone or Android into VR. There is truly no way to explain it better than experiencing the technology for yourself and, because it is so inexpensive, it is worth the effort. With this experience you can begin to see the transformative affect that VR will have on the enterprise. 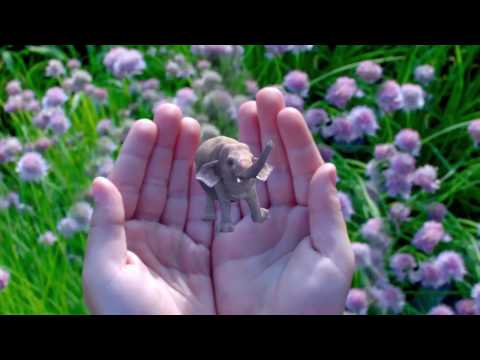 Joseph Raczynski Technologist/Futurist Joseph is an innovator and early adopter of all things computer related. His primary focus is around the future of technology, and speaks globally about Cybersecurity, Blockchain, Artificial Intelligence, Cryptocurrency, and Robotics (drone technology). He also writes about the future of technology as it impacts the crossroads of our personal and professional lives. Joseph founded wapUcom, LLP, consulting with companies in web and wireless development. As a side project DC WiFi was created to help create a web of open wireless WiFi access points across cities and educate people about wireless security. Currently Joseph is with Thomson Reuters Legal managing a team of Technologists for both the Large Law, Corporate, and Government divisions in the US. Joseph serves the top law firms in the world consulting on legal trends and customizing Thomson Reuters legal technology solutions for enhanced workflows. He graduated from Providence College with a BA in Economics and Sociology, and holds a Masters in eCommerce and MBA from the University of Maryland, University College. You can connect with Joseph at JoeTechnologist.com or JosephRaczynski.com or @joerazz

This site uses Akismet to reduce spam. Learn how your comment data is processed.

Law, Justice and Development Week 2019 – World Bank Week: Justice for All? The Impact of AI and Blockchain on“Legal”

The 2019 Corporate Risk, Ethics & Compliance Forum – The Internet of Things (IoT) and Cybersecurity: Is Your Phone Hacking Your Company?

The Metropolitan Club of Chicago,

Knowledge Management Forum 2019 – Emerging Technology and the Challenge of Data

Symposium On Artificial Intelligence and the Law – 5th Annual Conference of Brazilian and American Judges – AI in the  Legal Profession: Present and Future

Pier One Hotel in Sydney,

Generate 2018 – The dark side of the internet: How to avoid traps and maintain cybersecurity

Generate 2018 – Blockchain: The challenge, the reality and the opportunity ahead

Financial Services Forum 2018 – The future of business and innovation

2018 Public-Private Partnership Forum – Understanding blockchain technology and the impact of cryptocurrencies on the legal, financial, and regulatory markets.

ILTACON 2017 – INNOVATIVE APPLICATIONS OF BLOCKCHAIN IN LEGAL INFRASTRUCTURE AND BEYOND